The Great Resignation – Why Employee Satisfaction Should Be Your Priority

The pandemic prompted one of the most significant changes in the world of employment history books. Colleagues that had been used to working together for years were suddenly pushed into working in isolation.

All social events were cancelled, work from home was the "new normal", and for a lot of people, it led them to think about how they spend their time. An unpleasant job that's bearable because it pays for your social life is suddenly pulled into focus when it's the only thing you're doing every day. In January 2022, it was announced that the rate of UK workers quitting their job was at its highest since 2009, as a record 4.5 million people resigned in November 2021 alone.

In a study conducted by The HR Director on 1000 workers, the researchers found that almost a third (29%) of UK workers were considering leaving their current job, either to start another job in the same sector, to move to a new industry to retrain or to start a new business. The study found that one of the biggest reasons for leaving a job was an insufficient salary or because employers hadn't offered enough bonuses or pay rises.

For many years, employee satisfaction has been a bonus after effective cost management and productivity levels. Companies that put their employees first and focused on ensuring that workers felt fulfilled and happy in their job were often branded as edgy. It's true that happy workers are hard workers, but until recently, many employers had chosen to turn a blind eye to this fact.

The issue is that while an employee might be replaceable in terms of the job that they do, it costs the business a lot of money. Hiring new members of staff costs time and money in terms of dedicating a budget to training or asking a more experienced staff member to take on the role of trainer.

In addition to this, new members of staff will naturally be less productive while they're learning. SMEs simply can't afford to lose staff, which means that dedicating even a small budget to employee satisfaction and development is a much more cost-effective option.

The good news is that there is still time to change before losing more of your workforce. Of the survey respondents who indicated that they wanted to leave, 32% have delayed resigning. The most popular reason is that they felt the job market was too unstable due to the pandemic.

So, what can employers do to create a better working environment for their employees? Thankfully, we're closer to the answer. The extraordinary rates of people quitting their jobs have prompted multiple studies to be conducted.

One of the biggest reasons for dissatisfaction among employees is a lack of career and personal development opportunities. 13% of workers that responded to The HR Director's study said that they felt their employer didn't invest enough in new technologies or in training their workforce.

When working on policies to retain workers and attract new members of staff, flexibility is one of the key points that workers consider. Of the workers surveyed, 28% said that they had been encouraged to stay at their current job, despite general dissatisfaction, for fear of losing their current company's flexible working policies.

The Case For Hybrid Working

Creating a supportive environment within the office that extends to employees that choose to work from home is also vital to employee satisfaction and retention.

Throughout the pandemic, there has been a big focus on the importance of caring for your mental health. People have been encouraged to do things that make them happy, like taking up hobbies. It's possible that some of these hobbies could've turned into a business, but the more likely option is that employees have realised that they weren't feeling fulfilled by their job.

In a study conducted by Property Week, 55% of respondents said they thought that the quality of a workplace would influence their job choice. Further to this study, Glassdoor surveyed over 5000 people (1000 of which were UK based). 77% of respondents said that they would look for information about the company's workplace culture before applying for the job. A further 57% said they valued workplace culture over a high salary.

How To Create A Great Workplace Culture

Offering a positive workplace culture is vital to employee retention and comes in many forms. Regular socials and an employee development budget could go a long way to making employees feel comfortable and valued.

Furthermore, something as simple as having open lines of communication and ensuring that all workers feel that they're able to discuss any issues goes a long way to creating a positive workplace culture.

As a result of the pandemic, more people are actively paying attention to their mental health, as well as ensuring that their employer aligns with their values. Christian Sutherland-Wong, the chairperson of Glassdoor, argued that having a clear culture and values policy was critical in today's job market.

The days of an employee staying with one organisation for the entirety of their working lives have long gone. The internet has opened conversations around what constitutes a positive workplace, which organisations are best at looking after their employees, and reminds people that there is more to life than being in an unhappy job.

Businesses absolutely need to have a focus on the happiness of their employees to ensure that they retain staff and attract new staff where necessary. The old adage "a happy worker is a hard worker" has never been truer than in today's market. 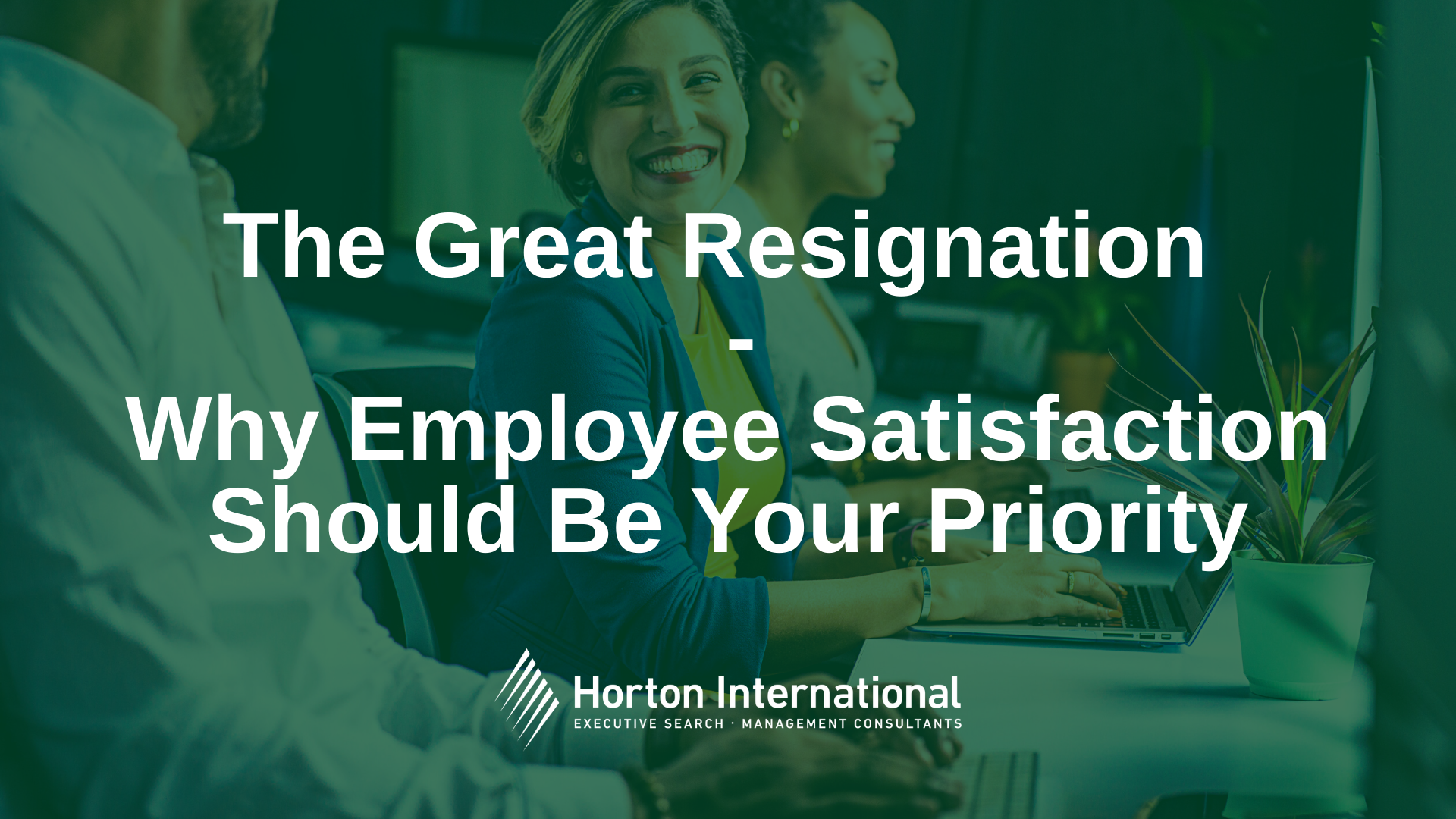