Menopause Support - What Is Being Done To Help Women Around The World?

In the traditional workplace, it seems the menopause has always been a taboo topic.  Many women feel like they can't mention anything because it would make male colleagues feel uncomfortable or simply that they don't have any support from their employer.

In 2021 an Opinium study found that a third of women are hiding the fact that they're going through menopause at work. The countries surveyed included Spain, Italy, Germany, the UK and South Africa. 33% of respondents said that they had hidden symptoms at work, and half of the people surveyed said they felt there was still a stigma attached to going through menopause.

Many of the respondents interviewed said they felt embarrassed or that there simply wasn't enough support from their employer, so it was easier not to say anything. Of the British respondents, 43% said they'd feel too embarrassed to ask for support at work.

Why does having an employee going through menopause matter? Despite being a natural part of the ageing process and something that most women experience, it's no less challenging to deal with the many symptoms. The NHS describes the most common symptoms as hot flushes, anxiety, difficulty sleeping, low mood and problems with memory and concentration.

All of these things can make it difficult and sometimes impossible for a woman experiencing menopause to do her job to her usual high standard. Understanding how the symptoms can make a standard workday challenging shows why having an employee menopause support policy is vital.

Thankfully, after decades of women feeling embarrassed and unsupported, attitudes towards people going through menopause are starting to change.

Leading The Way With Menopause Support

In 2021 five major corporations in the UK announced an employee menopause support policy. Vodafone announced its support on International Women's Day and pledged to roll the policy out to all of its offices across Europe and Africa.

Drinks company Diageo, responsible for household names like Baileys and Smirnoff, announced their new guidelines for "Thriving Through Menopause", which included offering employees counselling and mindfulness sessions and increased flexibility in work hours and sick leave.

Aviva, Santander and Channel 4 also implemented similar policies, although Channel 4 conducted an additional review around support for issues that women face and included support for menopause and pregnancy loss.

While for the people affected by menopause symptoms, the new regulations have been a long time coming. However, it appears that the UK is actually ahead of the curve.

Menopause Support In The United States

In a report, women's lifestyle publication In Style looked at the support for women going through the menopause across the pond after ASOS made headlines for their gender-neutral policy that covered all "major life events" such as menopause, abortion and gender reassignment surgery. The UK based company was praised for introducing the new rules in all of its locations, including America, but it also highlighted the poor support that women in the US face.

According to InStyle's report, approximately 1.3 million people enter menopause in the US every year.

A 2014 study conducted on American women by Pfizer found that almost half of women who had experienced menopause said that it made their work lives more difficult. The study also found that one in 10 women had been overlooked for a more demanding position due to experiencing symptoms of menopause which resulted in the perception that they weren't working as hard.

Large multinational corporations with offices in the UK have rolled out their British menopause policies to all territories. This means that any international employees of Diageo, Vodafone, Santander, or ASOS (to name a few) also benefit from more flexibility to cope with such a challenging, natural part of life.

However, the norm in US workplace culture is still in favour of not offering any support for those experiencing menopause or any kind of big life events other than maternity leave, for that matter.

Despite extensive research, no menopause support policies could be found for any companies based in mainland Europe other than those that are headquartered in the UK with offices in other European territories.

Not having a menopause support policy is a huge oversight. Companies that have implemented such policies are praised for being so thoughtful when it should be standard in every corporation's HR practices.

Loss of productivity due to menopause symptoms is thought to cost businesses up to $150 billion every year - although, of course, you need to take that number with a pinch of salt because many employees wouldn't openly admit to experiencing menopause.

Multiple studies have indicated that menopause symptoms can lower someone's ability to function normally at work. These same studies have proved a loss in productivity, increased sick days, reduced quality of work and, as such, costs businesses billions of dollars.

One study found that one in eight women had left work due to severe menopause symptoms, and in careers industries like nursing, where the workforce is predominately female, this is causing huge issues.

With such overwhelming evidence, why are companies still choosing to ignore the desperate need for menopause support? The short answer is tradition - many policies haven't been updated for years because it's too far down of priorities.

However, now multiple studies have laid out the costs to businesses in both loss of workforce and decreased productivity, organisations are now seeing a more pressing need to adopt this into their strategies. For organisations focusing on a people-led approach, adopting a menopause support policy is becoming a matter of urgency. 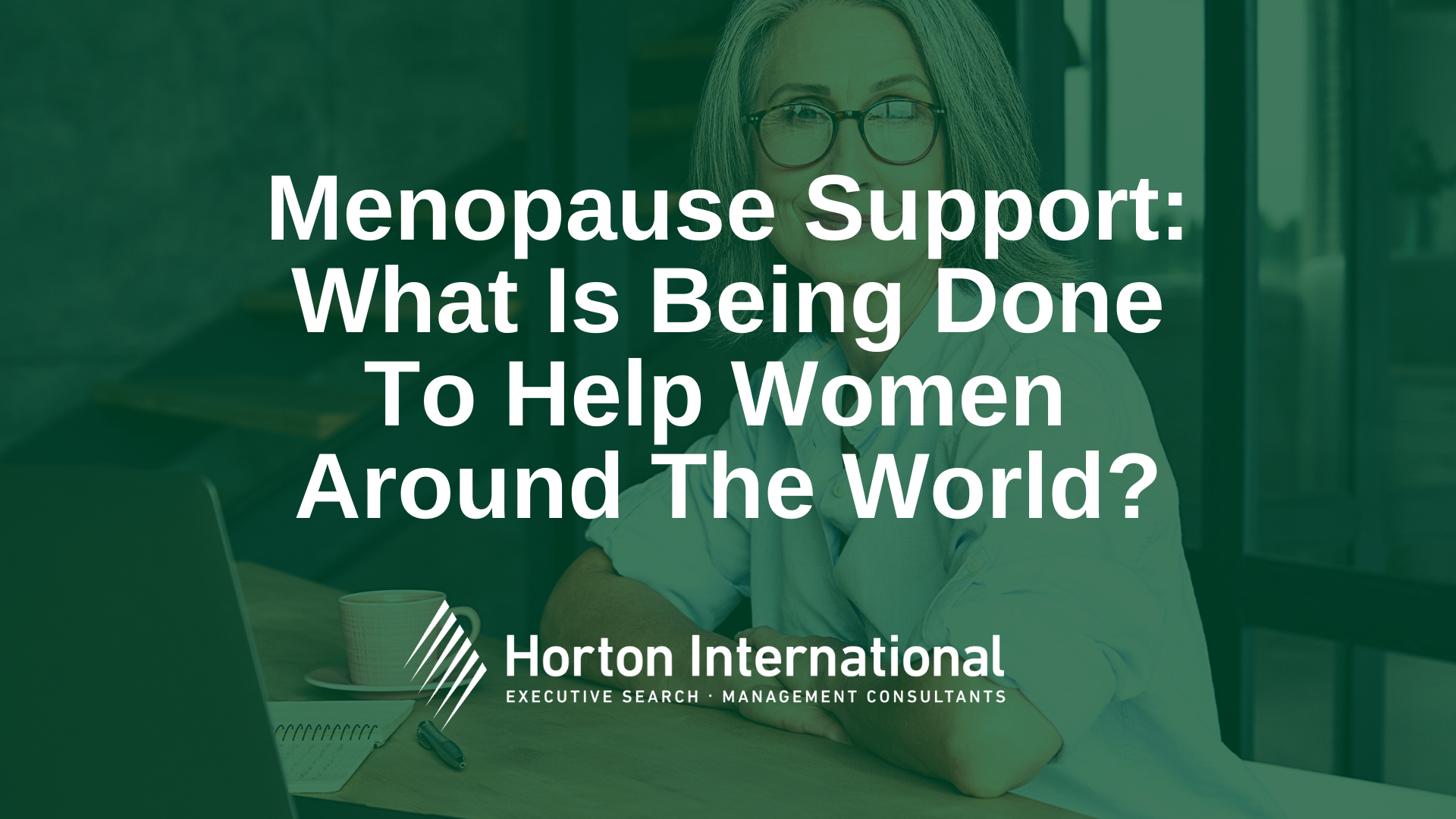