How is the Sports Industry Preparing for Life After Corona?

The German Football League has made a fresh start in Germany and, under intensive worldwide observation, has resumed playing after a two-month break. What has happened in the meantime?

The time has been used and many great social projects have been started or supported. Players like Leon Goretzka or Josua Kimmich have collected donations of over four million euros for charitable institutions with the "We kick Corona" initiative.

During the Corona crisis, almost every club has comprehensively expanded or relaunched its e-sports activities, which has given the entire scene a significant boost.

Digitalisation was the buzzword at every event in recent years and hardly anyone was able to really grasp what was actually meant. Keyword home office. In many conversations, I have learned how well it worked when most employees worked flexibly from home. The consequence of this? The offices of the future will become increasingly empty. Not because the number of employees is being reduced, but because it is possible to work more effectively. "Working hours for everyone from 9 a.m. to 5 p.m. will no longer exist in this form at our company," the marketing director of a German Football League club told me.

But a rethink also seems to be taking place in the normative area. Those responsible had sufficient time to reflect on the system and its functionality from all sides. Marco Bode, chairman of the supervisory board of Werder Bremen puts it this way: "It is the attitude that counts, not the money."

"Keywords like salary cap or personnel cost ratio are now frequently used. This should be discussed by those responsible at European level and implemented accordingly in accordance with EU law. I would like to see the balance of power between the clubs, players and consultants in player transfers become more evenly balanced again", says Richard Golz, former professional footballer and head of the sports industry division at Hager Unternehmensberatung, which specialises in executive search.

"After the Corona pandemic, things in the sports industry will not be better or worse, but simply different", Golz confirms. 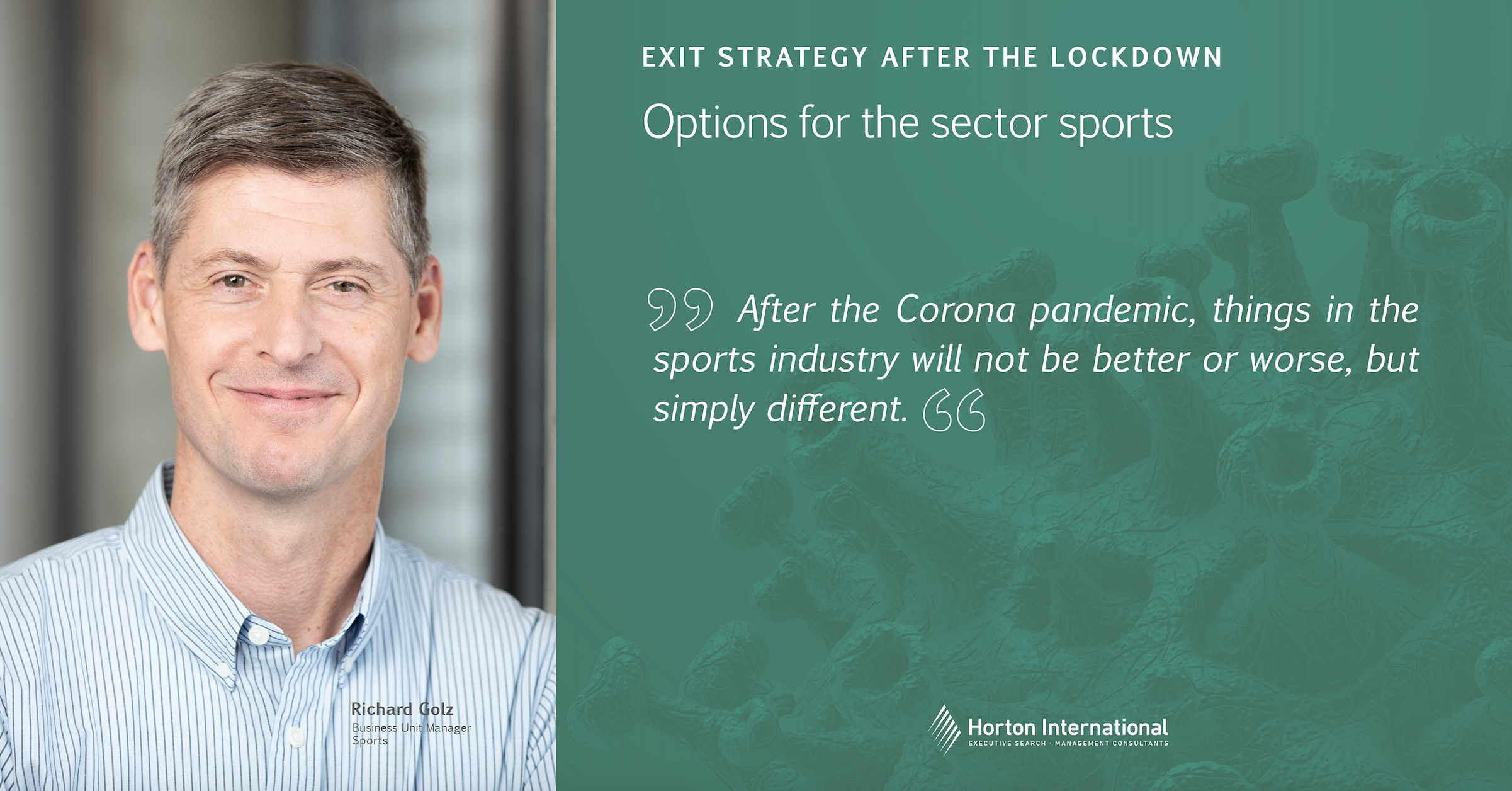 The former professional footballer and coach is a personnel consultant who knows what it means to always be on the lookout for potential, for people who want to shape the future and build something. He knows the sports industry from the inside out. He knows what is important when filling management and specialist positions in sport. He knows the very particular rules of the clubs and knows what role performance plays here.