This month’s article is about a new beginning, a fresh start, and brighter prospects.  It’s simple: after 15 years of working in a standard (boring?) office tower, we recently moved into a building with character and style, in a great location.

When I set up Horton in Thailand, it was natural to rent a prestigious office in an established business area.  That's exactly what I did: 160 sq metres in one of the best buildings. We were five so we needed space, along with two meeting rooms.  Looking back, yes, it was big, but this was before smartphones – we had many visitors (candidates and clients) and our meeting rooms were always busy.  Some days it was like a railway station with so many people in and out. There really wasn’t an alternative way of meeting; it had to be face-to-face.

Inertia set in.  The office was comfortable and we enjoyed it.  Good views, OK rent, and the building wasn’t too crowded. Fast forward fifteen years: the rent had doubled, the service was the same as in 2003 but the number of people in the building had increased significantly.  Many more were working there, largely due to the landlord’s reluctance to curate its tenants. Lifts were slow at peak periods and filled to capacity. Car parking became an issue – constant complaints from clients and candidates that it had taken twenty minutes to find a parking spot.  And still the landlord increased the number of people working there. The property manager didn’t help – preferring to maximise the landlord’s receipts rather than attending to tenant issues (which would have cost money) to improve things.

When the lease was coming up for renewal we decided to leave.  We looked around the area but nothing was just right. Then serendipity took over: a chance conversation led to viewing a space nearby that I fell in love with.  It’s much smaller (good – the rent is one-third of what it was) with plenty of natural light and glorious views across the treetops of Lumpini Park to the skyline.  We are on the second floor, so we just walk up, and the building is filled with creative companies. We’re the boring one – being there makes us look hip – and even the name, Woof Pack Building, is cool.

Next to us is a cinema with a funky bar that opens mid-afternoon; how neat is that?  It’s so refreshing to be away from the old building – the people, the high rent, the everything.  And, as the nature of our work has changed, this new environment suits us perfectly. When I gave back the key to the ex-landlord, I stood for a few minutes where my desk had been for 15 years: not a single moment of regret or sadness.  I feel as if a large weight is off my shoulders. Walking into the new building lifts my spirits – it’s a joy to be there. We love our new office so, if you’re in the area, please drop by and say hello. 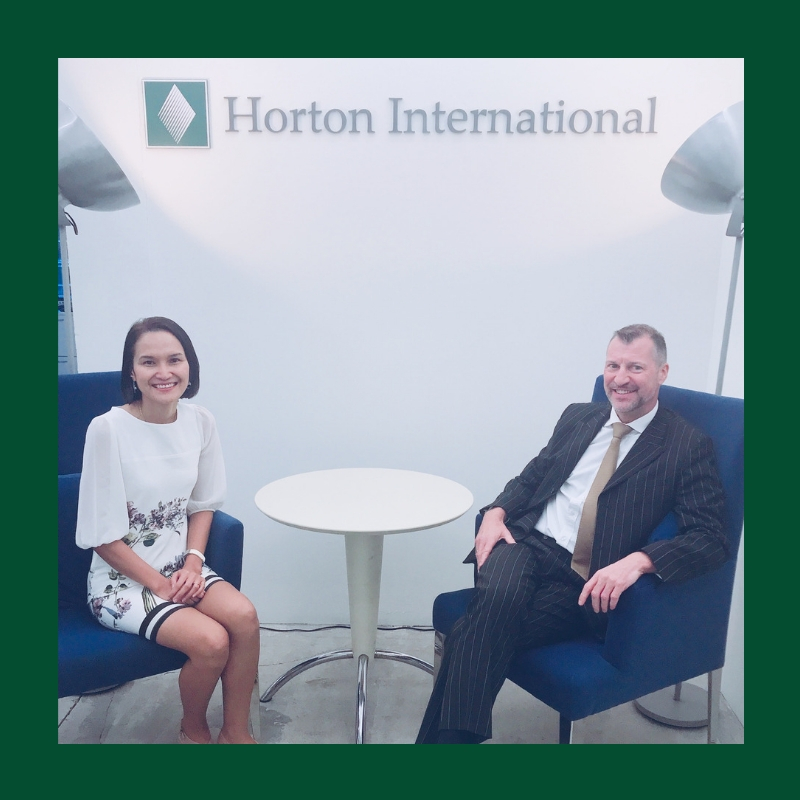 Gary Woollacott is an executive search consultant who works for Horton International in Vietnam, Thailand and Laos.  He can be reached at TH +66 2 636 2323 or via woollacott@hortoninternational.com