Dutch by birth, he studied Economics at the University of Louvain (Belgium) and began his career in London, as Product Manager for a Charge Card Company called AIRPLUS. In 1989, he came to Madrid and joined PUBLIESPAÑA (FININVEST GROUP), a company selling advertising space in different media such as Tele 5, ETB, TVG, ..., where his career in sales began and where he became Sales Team Supervisor. In 1992, as ANTENA 3 TV was being relaunched, he joined the Company as Sales Team Manager and, in 1995 he became involved in Gepsa TV, launching and creating LOCAL MEDIA, the most important local Television Network in Spain. He has been a Consulting Partner in BPM since 1998. 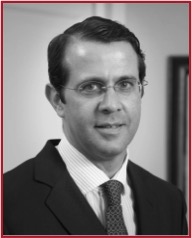